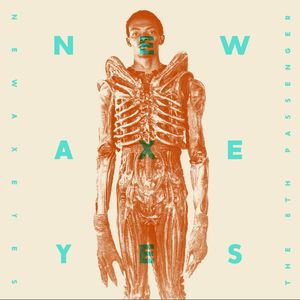 I was at a record store last year here in Seattle back in 2017. I'd just begun work on Ash: A Fan Fiction Comic and, having ALIEN on the brain, was pleasantly surprised to run into a 2 cassette (yes, cassette tape, because old school trumps logic) alternate score to my favorite horror movie, called The 8th Passenger. It lovingly sports a photo of Bolaji in the Big Chap suit, sans mask. I have yet to purchase this album and I don't currently own a tape player, but from the preview video below, it seems worth the $14.99 and experience of obtaining a cassette player to synch it up with a viewing. Adding to this curiosity, the band Newaxeyes recorded the album live and (I believe) performed it somewhere while the movie played. If only I'd moved here a couple years earlier for that concert!

Anyhow, give this band some Facebook love and then pick up the album!