Unfortunately the artists Marvel is choosing for their Aliens series seem to be under an enormous time crunch as much of the artwork we've seen has been pulled from existing sources, and adjusted using photoshop filters. Most fans at this point are familiar with the Greg Land debacle several months back, in which artwork was literally lifted from previous publisher Dark Horse Comics' artist Tristan Jones's work on the title Aliens: Defiance. Privy fans immediately rejected the plagiarism. As well as Jones himself, alleging that Adobe Photoshop itself identified Land's work as Jones's.

In the newly released preview of Aliens #1, many fans are already seeing something else they don't like: photoshop 'art' featuring toy maker NECA's Aliens. To this artist's eye, something was instantly fishy. Traced art has a look to it, as does composite art. Now let's be clear: There is nothing intrinsically wrong with tracing or compositing. But when a major comic publisher acquires a pop icon like Alien, a property built on a tradition of novel artistic vision like no other, it seems appropriate to expect art that cannot be found anywhere else. Particularly when Marvel/Disney are vying to reinvigorate the 40+ year old franchise.

The appeal of the Alien series is not something that can be distilled or shortcut; horror is methodical, and that's how this media is consumed. It mirrors an artist's process, and perhaps there is an important overlap here. The audience consumes the media the same way the artist creates it: slowly, methodically, and with a sustained appetite for details. You can't pull the wool over these fans' eyes. Many are of course artists themselves. Many use photoshop. And many collect the wildly successful line of NECA's screen accurate toys. Could the following images just be this writers' imagination? 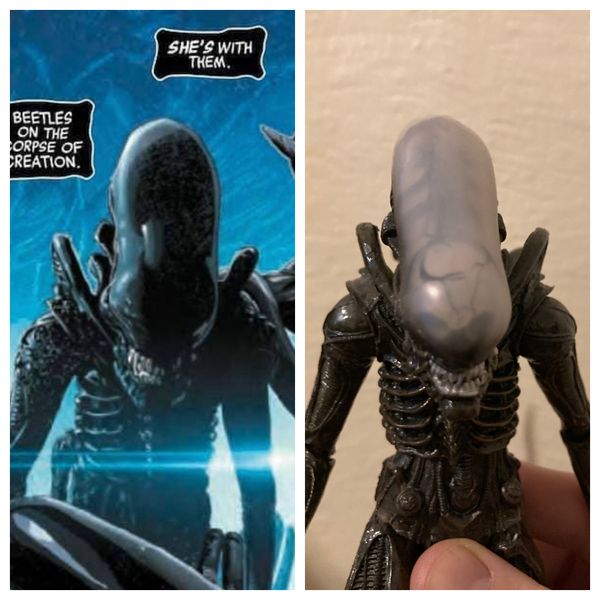 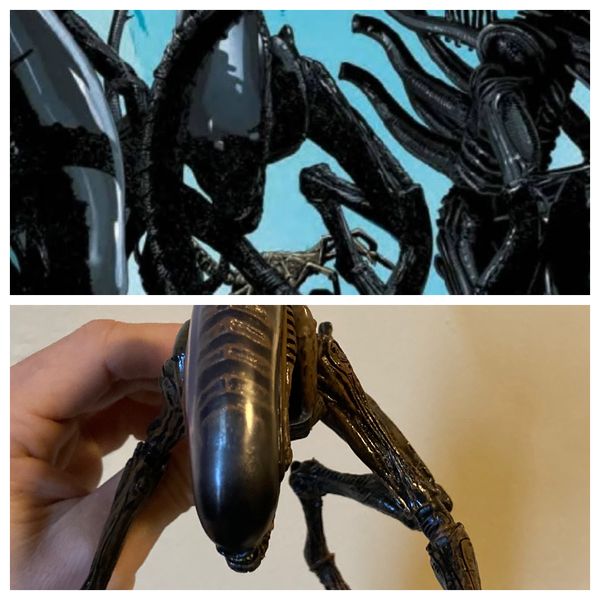 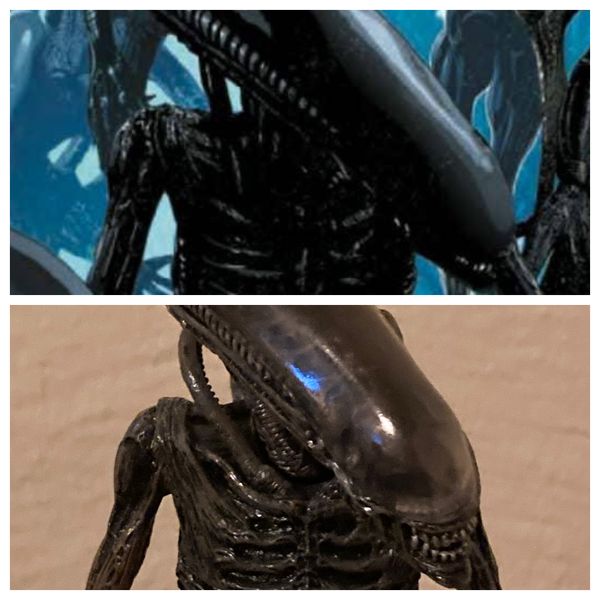 Anything is possible I suppose.

It's important to point out that while this all may appear as a smear on Marvel's artists, artists are unfailingly subjected to crushing deadlines, and the Alien is a very detail intensive form. Missing these deadlines is not an option.

Additionally this is not a slight on fans of the sort perpetrated by Greg Land. It doesn't qualify as plagiarism, provided the artist snapped their own photos and manipulated them into comic art. Which also remains to be seen.

And some may even argue that drawing from these toys isn't any different than an artist utilizing a figma anatomical drawing model.

But that simply refers us to the earlier point: new content should be new. When fans instantly recognize the media they've anticipated is ultimately siphoned from external sources, sources they themselves have access to, something is clearly not right.