'ASH' exposes the origins of the Nostromo's original Science Officer, as well as the ominous character from the film, Ash. The original film's aesthetic informs the entire visual design of this graphic novel, while promising thrilling reveals and answers to age old questions, aiming to satisfy hard core geeks and casual fans alike.

Science Officer Keir seeks a quiet exile aboard the space freighter Nostromo to forget a dark, mysterious past. When an all too familiar situation involving a potential extraterrestrial signal threatens his new subdued life and fellow crew members, he conceals it from his employer, the sprawling Weyland Yutani Corporation. But when the company discovers his treachery, it is a race against time to stop an enigmatic Executive Science Officer, Ash, in which Keir must use his knowledge - and face his history - to save The Nostromo from Ash and the company.

Featuring Ripley, Dallas, Kane, Lambert, Parker and Brett from 'Alien' for the first time since ‘Alien’, as well as an array of brand new characters, ASH explores all new territory and visions of Ridley Scott's 'Alien' universe.

Strap up and prepare to return to the Nostromo... 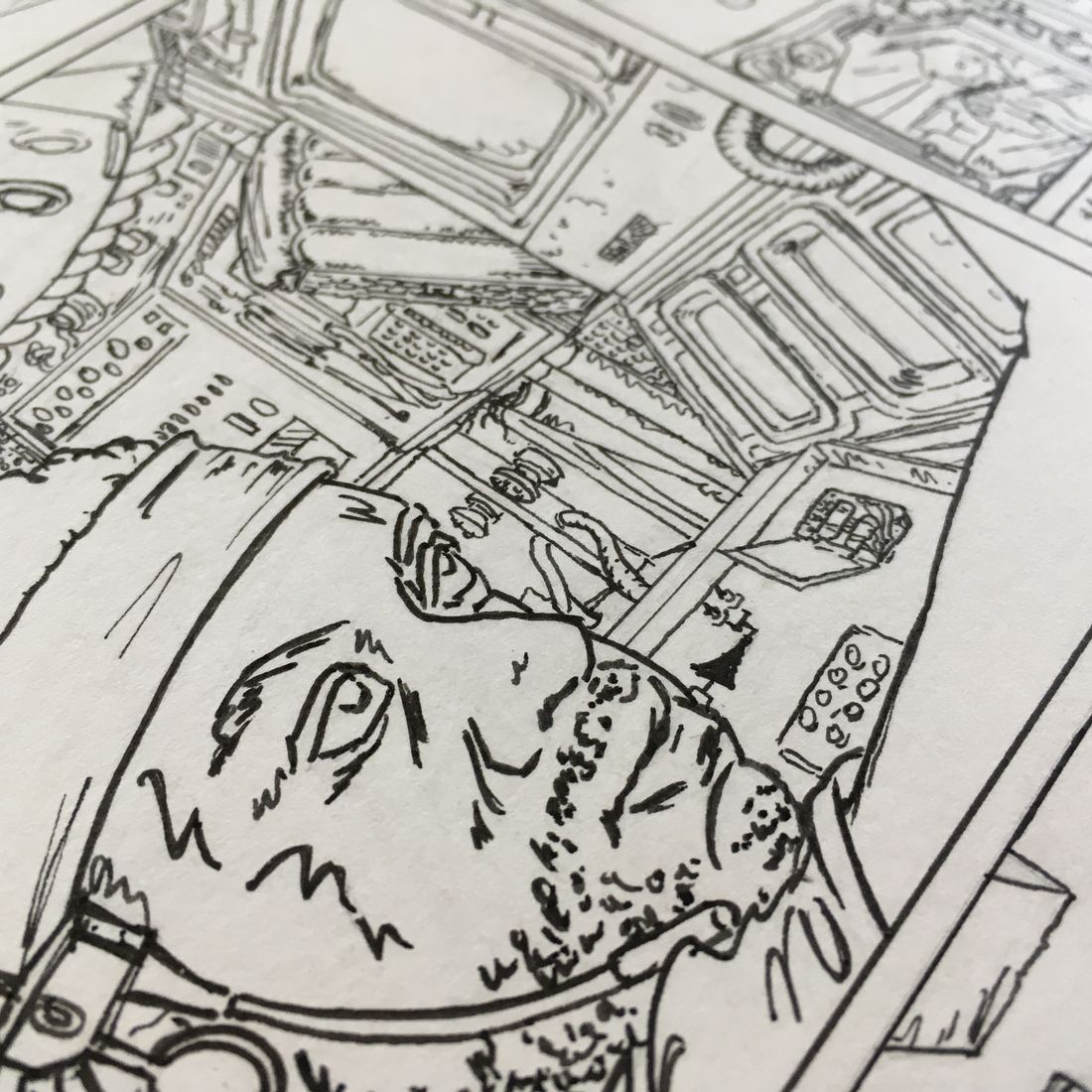 Thought I’d share a couple photos of the Ash section of my display case section, completed today when NECA’s Ash figure arrived in the mail.

I’ve snagged 5 out of 7 of the Nostromo crew autographed trading cards to accompany the figures. Sigourney’s and Harry Dean Stanton’s are proving...financially impenetrable. Regardless this one looks great.

here’s a run down:

Stumbled across these sweet NECA scale dioramas on Etsy...if you’ve got a little money to burn. VERY nicely crafted.
Check out this Nostromo diorama:

And this Prometheus vase chamber:

Alien Age 11: Seven dreamers there were...

In this current age of regurgitated, albeit nicely illustrated, content intended to hold over us fans, (looking at you Alien 3: The Unproduced Screenplay and upcoming Alien: The Original Screenplay) I was ecstatic to stumble across this gem. Pretty interesting how exhaustive an 11 year old’s adaptation can be! In both its writing and illustration, it’s particularly well done. I recall my own adaptation of Alien 3 I started at age 9 and it wasn’t this good. There’s a trove of special features as well. It…

Check it out! There are very few of these in existence and you can pick em up below. You’re welcome-